I fondly remember the fateful night in 1990where my father, uncle, my cousin and an eight-year-old Patti made a Saturday night trip to our favorite local movie theater that stood as possibly, one of the last retro looking movie houses in all of Las Vegas. This might sound silly as of course, this was 1990, but I’m talking SUPER RETRO here. The entire building was made of brick, popcorn stands where mere popcorn and hot dog carts inside the lobby with a few cases of candy on the side, velvet red curtains covered the theater screens until showtime commenced, and the GIANT illuminated cinema marquee sign that displayed the featured films playing, could literally be seen from miles away. The place was absolutely beautiful inside and out, (as you can see pictured below of the inside lobby) and served as the place where I had seen most of the movies growing up until its demise and demolition over 15 years ago.

*Shout out to ClassicLasVegas.com for this awesome photo!

It’s also the place where I first saw our movie of the day here, The Exorcist III. And yep. I remember peeing my pants a little as I was eight-goddamn-years-old in regards to that one scene. You know which one I’m talking about… And also, yes. The two grown men and older teenage male cousin laughed at the eight-year-old girl who produced a squirt of nature’s lemonade.

*MAJOR SPOILER HERE. DO NOT PROCEED IF YOU HAVEN’T LIVED AND HAVE DONE A DISSERVICE TO YOUR LIFE BY NOT WATCHING THIS FILM.

As fun as it is to reminisce about peeing the pants, let’s get to the real topic here. If you’re here and still reading, chances are you’re a fan of the HIGHLY UNDERRATED psychological-thriller based off William Peter Blatty’s fantastic novel, Legion; which of course, serves as the true direct sequel to The Exorcist. So, we’re going to skip all the captain obvious bullshit plot explanations and get right into some shit that you may or may not know about this film. And hell, if you watch it again with a new knowledge and some more appreciation, well stunning. I’ve done my job here.

Well, a film that focuses on another serial killer doesn’t seem far-fetched as a favorite of one of America’s most notorious, eh? According to various old reports, Dahmer would watch the movie over, and over. And even watched portions of the film with some of his victims after bringing them back to his apartment. One of these men was one who had escaped- Tracy Edwards, who claims the film was on at the time he was guided around the apartment by Dahmer. Reports also claim that Dahmer had purchased contact lenses with yellow tint, to mimic The Gemini Killer.

2. They Snuck In A Reference To The Fly II

As I may have stated in previous articles, my parents had no qualms about taking their young child to the theater for an extreme horror film. Becuase, hey, fuck 101 Dalmations. They didn’t have the patience for that watered down-Disney shit. So, watching this at the theater at the age of eight, I caught this one right away as I had seen The Fly II a year prior with my mother and I left the theater crying after the scene with the dog. Ugh. I still hate it. Anyway, Lee Richardson plays that asshole in that film that got his just desserts for hurting that animal and has a small part as the University President in The Exorcist III. When asked by Father Dyer what his favorite film, he replies coyly, “The Fly.”

*Also worth noting, Brad Dourif who brilliantly portrays the Gemini, references his cinematic alter-ego Chucky during one of his ramblings. In the film, he says, “It’s child’s play”, and we then cut to a scene to a young boy that resembles a Good Guy.

3. Both William Friedkin and John Carpenter Were Attached To Direct Before Blatty 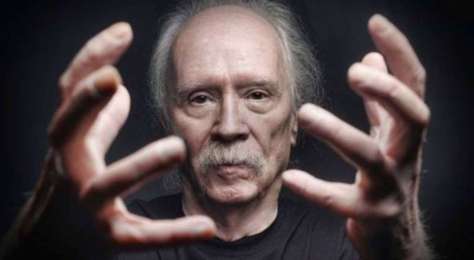 Well, it certainly would have been iconic enough had OG Exorcist director William Friedkin at the helm once again, but John Carpenter?! That would have been something to see his vision of legion eh? Blatty originally collaborated with Friedkin and penned out The Exorcist III with Friedkin attached to direct. After Friedkin backed out, the project died and was turned into a novel- AKA Legion. After the success of the novel, Blatty offered out it on the market in the form of a screenplay and Morgan Creek bought the rights to make the film, whom brought on the legendary John Carpenter to direct. However, after seeing Blatty’s passion and visionary input regarding his adaptation, he stepped down to hand the reigns to the rightful owner.

4. A Plot Twist Was Suggested Involving Regan Macneil- And A Birth Of Possessed Twins….?! 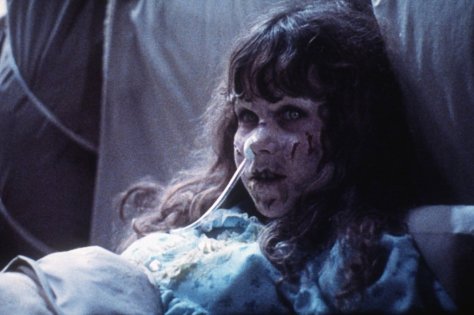 This has to be the most WTF fact of them all…

Yes, this was suggested to William Peter Blatty as studios were in negotiations to adapt the screenplay by Carolco Pictures. The idea of a grown-up Regan giving birth to possessed twins completely undermines the whole idea of Legion and I don’t blame him a bit for laughing that off and settling with Morgan Creek Productions- even if they still haven’t given us a REAL directors cut of the film, at least that didn’t happen.

The ending we all know, and even in that Shout Factory edition, was not the intended final vision of Blatty. Reports claim it was scripted AND filmed, but we’ve still yet to see the dramatically different ending to The Exorcist III. But you know, Morgan Creek wanted that exorcism in there, so if moneybags wanted it, by God they were going to get it and the following was scrapped and reshot to their liking:

The novel Legion ends with the Gemini Killer summoning Kinderman to his cell for a final speech and then willingly dropping dead after his alcoholic Christian evangelist abusive father, finally dies from a heart attack. As his motive for killing was always to shame daddy, the Gemini’s reason for remaining on Earth ceases to exist. He then drops dead, thus freeing Karras. Albeit by death, but nevertheless releasing him from all the torture. In Blatty’s original screenplay adaptation, the ending is similar to the novel except that the Gemini’s death is not self-induced but forced supernaturally and suddenly by the death of his father.

The Exorcist III remains criminally underrated and if anything to the haters, (and really, who are you?) serves as a beautiful character analysis of different walks of life in the form of one chilling film. Aside from Silence f the Lambs, it stands as one of THE BEST psychological thrillers in cinematic history. Bold statement? Maybe. Perhaps you should schedule a rewatch and come back to comment to challenge me.

That’s me issuing a clear invitation to the dance. Pick up your copy from Amazon here!