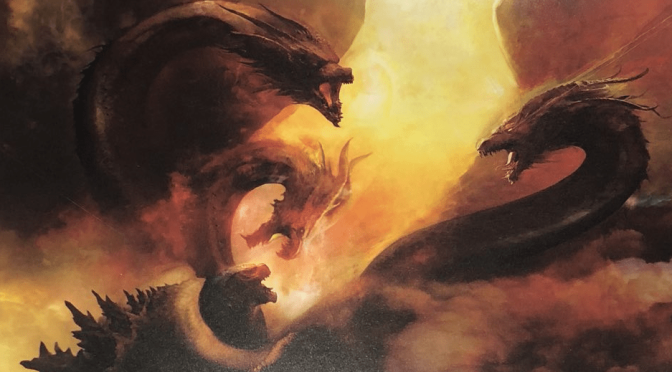 When I was like three or four my Granny sewed together a hand-made Godzilla suit. It was AWESOME too! It had dorsal spines and a tail that swayed back and forth with perfect balance as my unsullied imagination took me to far off places where I truly became one with the Kaiju, the very embodiment of Godzilla himself. And it was up to me to battle the three-headed terror from Outer Space, King Ghidorah. 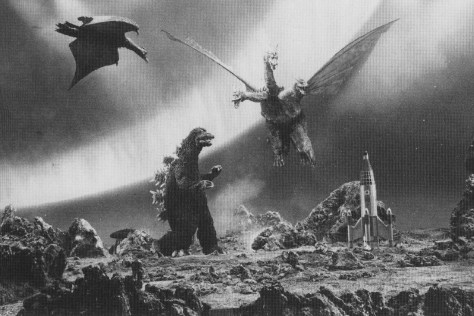 Godzilla is probably my very earliest (and certainly among my fondest) memories and was my introduction to the roaring world of monsters! I couldn’t get enough. One Christmas all I asked Santa for was Godzilla movies! I squealed like a maniac when I unwrapped the colorful packaging and pulled away the shoe-box lid (because Santa back in Minford, Ohio was just that kind of classy) and saw Godzilla vs Mecha Godzilla AND Godzilla vs Monster Zero! I still own those tapes today, and they continually remind me of happier days. 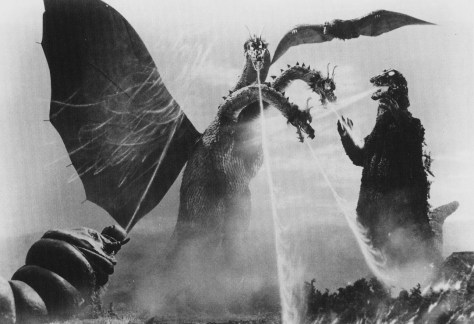 I never thought I would get a good modernized Godzilla film. So in 1998, I had my ticket bought and my butt in a seat just dying with anticipation to see a new Godzilla movie…then walked away feeling kicked in the butt. That was not Godzilla, and fuck if we didn’t all know that.

Honestly, didn’t look like we would ever see a modern Godzilla film.

Then in 2014, Gareth Edwards (dir. Monsters) made the impossible possible! Godzilla, the true-to-life Godzilla we were waiting for, came alive! I loved the movie. Still, though, I was missing my Mothra and Rodan. However, I hoped they may show up in future movies.

You know what? Sometimes life doesn’t suck so bad. It’s those little things that make us smile, and we’re getting one of those moments next May. Michael Dougherty (dir. Trick ‘r Treat, Krampus) is giving fans what we want. He’s bringing the monsters we grew up with to the screen like we’ve never seen before. Dougherty seems like one of us. Judging by his track record I get a feeling he grew up just like we did, watching and loving the same things that made us clap and squeal. So this Godzilla sequel feels more and more like a film made by a fan for the fans of yesteryear.

Next year Godzilla will be joined by Mothra (Eeeeeeeee!), Rodan, and the4 chiefest of all Godzilla’s deadliest foes, King Ghidorah!

I can hardly believe it. Today the latest trailer dropped and we caught glimpses of these beautiful colossi.

All I can say is this looks like it’ll be a battle of the titans that will bring down mountains. And I can’t wait to relive a little bit of my childhood next May.

Thanks for always checking with us for those warm feelings of yesteryear as we look forward to the future.