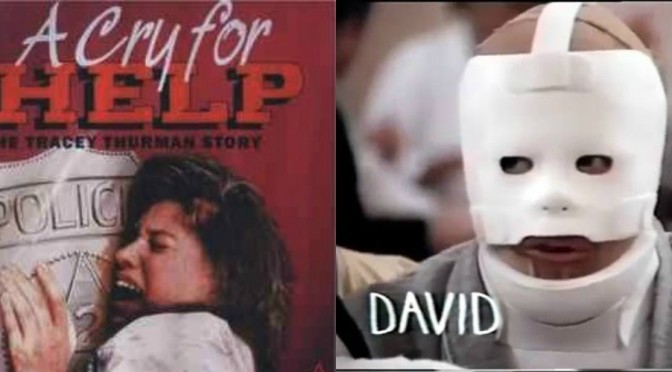 Sometimes, venturing out to your local video rental shop wasn’t required to find the most psychologically fucked up film for your Saturday viewing pleasures. Every once in a while, Lifetime, or whatever station the “movie-of-the-week” aired on, would throw you for a loop with one of those based-on-a-true-story flicks that just scarred the ever-loving hell out of you. All for free-ninety-free! Well, to us moochy kids not paying the cable bill anyway. When I think back on nostalgic made for TV films,  without fail these five movies are always the ones that first come to mind. Mostly due to the really screwed up scenes entailed within that tend to stick with you, ensuring you never forget the first time you watched poor Jo from The Facts of Life get horrifically stabbed and mangled at the hands of Pet Semetary‘s Louis Creed.

Talk about traumatizing for not just a kid, but anyone with an even little bit of heart. So without further adieu, here are the five made-for-tv movies that set the bar high in the “goddamn this is disturbing” category.

Based on the real-life incident between 14-year-old Amy Carnevale her murderer, 16-year-old Jamie Fuller, NBC’s No One Would Tell took that loveable Kevin Arnold and made us hate him with every bone in our fibers in 1996.

Stacy (Candace Cameron) and Bobby (Fred Savage) seem like such a cute couple. But hey, it’s movie of the week and that can’t be the end of it. Bobby is an insanely jealous son-of-a-bitch who is extremely abusive to poor Stacy; leaving her with mental and physical bruises. She takes it with her head down for some time, however, when she breaks off the relationship, things turn deadly.

Personally, and while this is a movie based on true events, I feel like the most traumatizing aspect of this is seeing these family-friendly stars from The Wonder Years and Full House, in this sort of role. I mean, KEVIN KILLED DJ! Never, have I ever looked at The Wonder Years the same again without snarling a tad at Kevin.

No One Would Tell

Before we even dive into this bag of dicks, let me make very clear this is in no way superior to the original with Miss Bette Davis and Joan Crawford. Nowhere close. But, Lynn Redgrave does give a mighty unsettling performance as Baby Jane. Enough so to scare the living shit out of me when I was a kid. So credit where it’s due.

The plot remains the same as the 1962 adaptation but is set in the 90s for a more modern take on the novel by Henry Farrell. As stated of course, this rehash doesn’t compare to the masterpiece of the original, but if you look at it as a mere retelling of a classic, then its a rather enjoyable flick. And the late Redgrave’s portrayal of the insanity-induced Jane is creepy on all the levels. Which is why I made the decision to include it on this list. Her performance alone gave me undeniable skeevies.

Oh man, here we go. The Burning Bed from 1984 tells the horrific tale of fed-up battered housewife, Francine Hughes. Played by Charlie’s Angels sweetheart Farrah Fawcett, the film that debuted on NBC recounts the relationship between Francine and her scumbag husband of 13 years, James “Mickey” Hughes. The amount of physical and mental abuse at the hands of this man (and I use that term rather loosely) is beyond my comprehension. And it only makes me question why she didn’t do what she did a hell of a lot sooner.

On March 9th, 1977 Francine grabbed her kids and asked them to wait in the car in the middle of the night while her drunk as a skunk husband was passed out on their bed. She then grabbed some gasoline, poured it over the bed with the wife-beater in it, and set it aflame. Killing her abuser and freeing herself once and for all. Well, in the physical sense anyway.

Now, I normally wouldn’t condone such an action. But to understand, you’d have to see for yourself the viciousness this poor woman went through. It was bad enough for even the viewers of the film to become rather disturbed by such a thought. And even now in the present, still manages to give you goosebumps. Francine Moran Hughes died just last year from complications from pneumonia. She was 69. 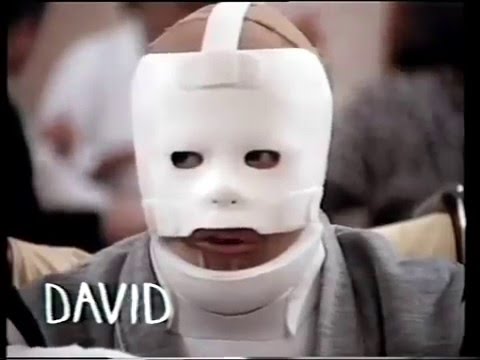 The true story of a young burn victim David Rothenberg (played by Matthew Lawrence) at the hands of his own father came to ABC in October of 1988. This made-for-TV treasure took us on a roller coaster of every emotion imaginable. One I still haven’t forgotten and scarred my ass for life.

Co-starring Dan Lauria, Bernadette Peters, and John Glover, David is rather difficult to watch. Watching the destruction and ultimate betrayal of trust between David and his father is something not only any parent, but any sane humanoid would find difficult to swallow. I mean, he set his kid on fire for fuck’s sake! If that wasn’t horrific enough, we witness a struggle and burden I would never wish on any parent- David’s mother. However, underneath the horror story is a tale of heart-warming triumph as we watch little David become a stronger human being than anyone could ever foresee. On a personal note, I lose my shit every time on the scene with little David trying to eat ice cream in his body burn cast.

Today, David is doing well and if anyone is interested in following him, here’s his facebook page.

Holy Buck, nothing in the universe will ever top the traumatizing visual this film based on the vicious attack on Miss Tracy Thurman courtesy of her estranged, psycho of a husband, Buck Thurman.

Starring Nancy McKeon as Tracy and Dale Midkiff as the insufferable Buck, the story follows the pair’s tumultuous relationship from the moment they met, through the abuse, and finally the incident on Norwell St. on June 10, 1983, that nearly killed her. And that incident reenacted for this film that premiered in October (horrifyingly appropriate) on NBC, is ridiculously disturbing on so many levels. AND LONG AS HELL. It literally seems to last for a good 15 minutes. I just want to break everything in sight as I sit and watch this all go down, with so many people watching and doing nothing. An incompetent cop about to shit his pants who just stands there asking politely for the knife dripping with Tracy’s blood from Buck’s hand. All while he’s holding the ex-couple’s three-year-old son mind you. I rage with all the fury every time I think about it. This is all really happened, and it makes me so angry.

However, in light of the attack, Tracy’s survival, and the police department that failed her, a lawsuit filed by Tracy and her lawyer Burton Weinstein brought about sweeping national reform of domestic violence laws, including the “Thurman Law” (aka the Family Violence Prevention and Response Act) instituted in Connecticut in 1986. Making domestic violence an automatically arrestable offense, even if the victim does not wish to press charges.

You go girl. Also, if you have the balls and the stomach, here’s that clip I was ranting about.