In the year Poltergeist was released, 1982 helmed the 16th annual Super Bowl. Ok, big deal. Well, in the picture seen below you’ll see something that sticks out like a sore thumb in the midst of Robbie’s Star Wars and Alien movie posters. A Super Bowl poster hanging right above Carol Anne’s older brother’s bed. Again, who cares right? 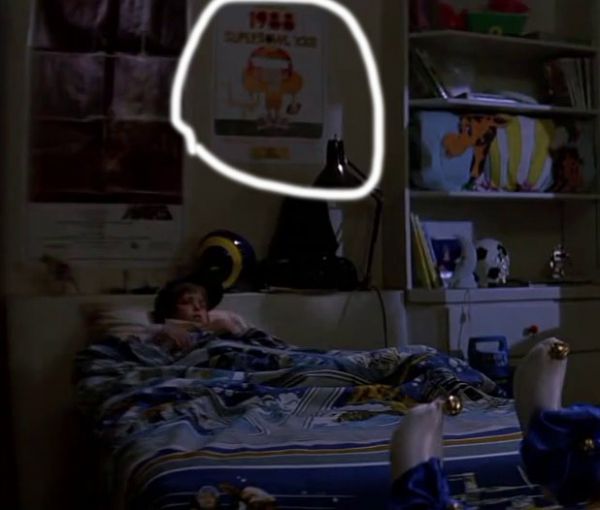 With the addition of Heather ‘O Rourke’s death February 1, 1988, four months before the release of her final film Poltergeist III, fans believe the above-seen poster eerily predicted the young actress’ untimely death and thus expanding on the widely known curse of the Poltergeist films. Even the most skeptical individual has to admit that’s just fuckin’ weird.