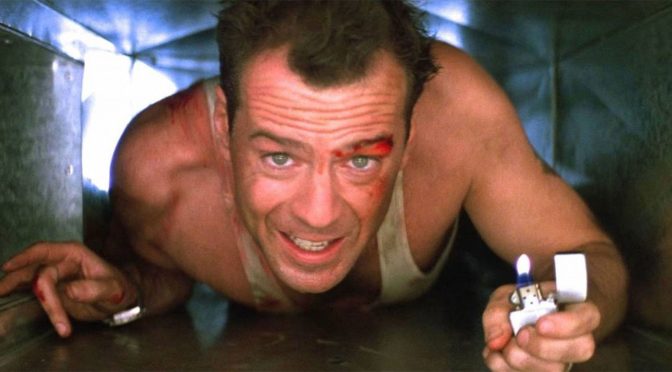 What do The Karate Kid, The Breakfast Club, and Fast Times at Ridgemont High all have in common (besides being totally awesome 80’s movies?) – all of these and more are included in Chris Clew’s new book,  “Raised on The ’80s: 30+ Unexpected Life Lessons from the Movies and Music That Defined Pop Culture’s Most Excellent Decade.“

Now while that’s a mouthful to say, even more so is this book that I recently read and enjoyed that marries the thought of some of cinema’s most nostalgic films from the 80s’, and life’s harsh lessons with a splash of advice for this weird journey down the road of living according to author Clews.

The 80s’ were a turning point in film and TV where studios got a little ballsier when tackling taboo subjects for audiences. Beyond the “a very special episode” of our favorite sitcoms and “movies of the week”, messages buried inside the explosion of pop culture were both informed and meaningful and were smacked all over our faces from Saturday Morning cartoons to even Blockbuster Action Movies like Die Hard and Roadhouse.

What kind of deep meaningful life lesson does Die Hard have you ask? Well, Clews gives his own perspective here and I happen to agree wholeheartedly:

“Often times the best way to face a tough or challenging situation is with levity and humor.”

Clews dives deep into his own personal experiences with how John McClane’s humor and level-headedness helped him through some wild moments in life along with highlighting this fan-favorite from the decade harbors a few lessons we can take from Bruce Willis’ character.

“Throughout all his challenges, uncertainty, fear, and near-death experiences, there is one constant in McCalne’s Nakatomi Towers world- humor.” It keeps his mind clear, level, and sane and with that sort of mindset, it indeed saved his life. Now if McClane had a negative mindset and a humorless bastard throughout the movie, well, his situation would have turned out very different, and of course, so would the fate of his wife and other hostages. Also, it would have made for a shitty movie.

This is merely one example and just a tiny snippet of what this book that was two decades in the making covers, and a must-read for both nostalgic pop-culture lovers and cinephile critical thinkers. You can pick it up at Amazon here and makes a totally radical gift for the holidays!

One thought on “[Review] “Raised On The ’80s: Unexpected Life Lessons from Movies and Music That Defined Pop Culture’s Most Excellent Decade””