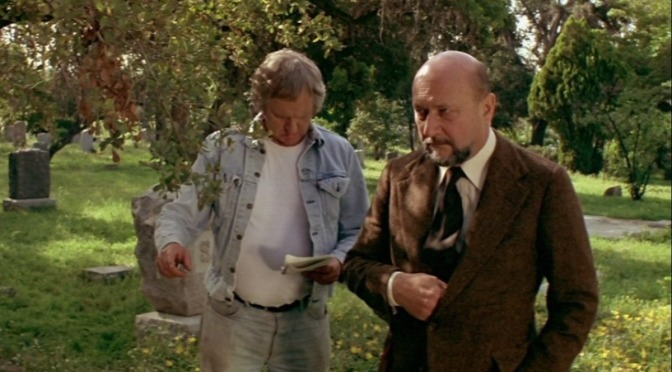 First off, I just want to start off by saying that I’m gleaming like a Halloween jack-o-lantern in Carpenter’s intro credits after stumbling upon this information by pure accident via /Halloweenmovies on Reddit. Halloween is by far, one of the most discussed and beloved horror movies of the horror genre, and finding any kind of new information, facts, or trivia on the film is slim fuckin’ pickings as every horror journalist in the world has said everything and anything they could on the film. But, behold I come bearing gifts on that strange and interesting tale told by none other than the grave keeper of Haddonfield, Angus Taylor to one Samuel Loomis as they trenched through the cemetery. The mystery of Charlie Bowles and what he “proceeded to do” drives us all crazy to this very day. However, I can verify as the story checks out, that Charlie Bowles was based on a real person living in Russellville, Kentucky; and his name was, well, Charlie Bowles.

According to Redditor SimplePhotograph4216, her grandfather knew Charlie.

“He ran a drive-in movie theater in Russellville. Russellville is my hometown and about 30 minutes from Bowling green and Smiths’ grove where John carpenter spent much of his childhood. I always thought that was a cool way to pay tribute to ol’ Charlie.”

She goes on to say that while ol’ Charlie was no hacksaw murderer, he was known to be involved in illegal activities like bootlegging and gambling.

Now, if you’re a John Carpenter buff, you know that while he was born in Carthage, New York, his family later moved to Bowling Green, Kentucky, where his father was the head of the music department at Western Kentucky University. And about fifteen minutes away from a little town called Smiths’ Grove with Russelville another fifteen from that. Carpenter used these places from his years in the Bluegrass state as references in his “immortal classic”; so using names of people he actually knew isn’t that inconceivable.

Upon further investigation, while verifying this information, I came across an interview done by Chris Cooper with Carpenter himself who did indeed confirm Charlie Bowles was a real person, but that, however, he was not willing to discuss anything about Charlie Bowles: “Under no circumstance will I talk about Charlie Bowles. He is the father of an old girlfriend, deceased, and had other things in his life best left unsaid by me.”

So while we may not know exactly what Charlie’s fate was in the film, we do know that Charlie did exist in reality and is forever immortalized as the one lingering cliffhanger in the classic 44-year-old movie.