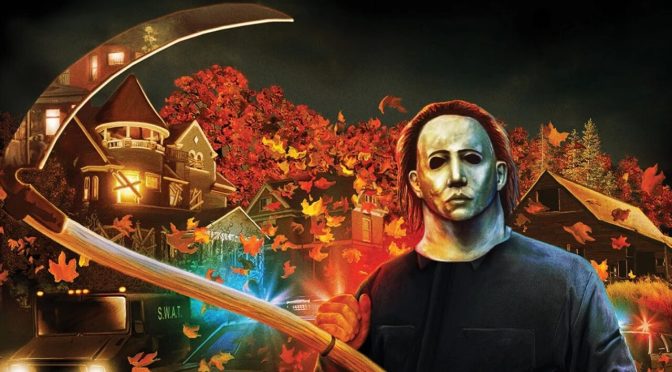 It’s been nearly 32 years since the release of Michael’s revenge on Haddonfield, and what seems even longer, two years since the long-lost Dr. Death footage from Halloween 5 were finally found. Now, with the release of Scream Factory’s Ultra 4k and Blu-Ray Halloween disc collection, it’s been confirmed that said footage will be included in The Revenge Of Michael Myers!

In case you need a refresher, the original opening scenes of the film found Michael Myers swept under the care of a young occultist in lieu of the hermit in the theatrical cut of the film. This guy, who has been adorned Dr. Death, was the one who initially gave Michael the symbol of Thorn, which is also seen in the awaking of Myers in the hermit’s lair for the first time, with ZERO explanation. The “Dr. Death” scene was later scrapped in editing and was replaced with the hermit version we all know.

Here are the full features for the new Scream Factory release

Scream Factory has the first five films up for pre-order with a release date of October 5th, 2021. Get your Dr. Death order on by heading over to Scream Factory’s website above or a la carte here at Amazon!

At first I thought, “Is this a joke? I’ve been trick or treated to death today..” and then low and behold- I didn’t know what death was until I legit just about had a heart attack over this glorious news from Mondo. The first five wonderful films of the Halloween franchise are getting a beautiful vinyl soundtrack release with exclusive new art AND a slipcase only available through the company that will hold all five stunning records for the ultimate packaging!

Me running to get money in the bank…

Starting tomorrow July 25th, the long-awaited Halloween 4 and 5 soundtracks will be available for purchase through MondoTees.com with a cool option to bundle the pair and get that slipcase mentioned above FREE with that purchase!

Mondo Music is kicking off the witching season early this year. To celebrate the 40th anniversary of the original HALLOWEEN, Mondo and Death Waltz Recording Company are re-issuing the soundtracks to the first five HALLOWEEN franchise films on vinyl beginning this week. The long-awaited
re-issues of HALLOWEEN 4: THE RETURN OF MICHAEL MYERS and HALLOWEEN 5: THE REVENGE OF MICHAEL MYERS, available for the first time on vinyl in 30 years, will go on sale Wednesday, July 25 at MondoTees.com. In addition to the records, a slipcase to hold all five soundtracks will ship free with the purchase of the HALLOWEEN 4 and 5 soundtrack bundle. The re-issues continue with one release a month, concluding this October with the original John Carpenter score to the 1978 classic that started it all. The audio for all five releases has been re-mastered and the previously released versions of Mondo’s HALLOWEEN, HALLOWEEN II, and HALLOWEEN III soundtracks will feature all new artwork.

HALLOWEEN 4: THE RETURN OF MICHAEL MYERS

Housed inside a 425gsm gatefold jacket

HALLOWEEN 5: THE REVENGE OF MICHAEL MYERS

Housed inside a 425gsm gatefold jacket.

Mondo has produced a slipcase featuring artwork by Mike Saputo that all five soundtrack releases will sit in. The slipcase ships free with a purchase of the HALLOWEEN 4 and 5 bundle.

HALLOWEEN III: THE SEASON OF THE WITCH

Music by John Carpenter in association with Alan Howarth 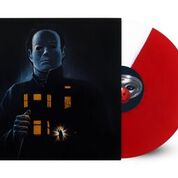 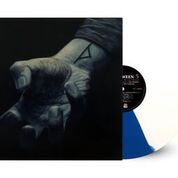 Just to get you even more excited, here’s a reminder of just how wonderful that theme to Halloween 4: The Return of Michael Myers actually is.

If you’re a fan of the Halloween franchise you’ll want to mark your calendars and plan a trip to Pasadena, CA this coming October! Courtesy of HorrorHound Weekend, fans of the celebrated slasher series will have a chance to meet many of the brave men and women who brought this classic franchise to life!

Cast members from all across this visceral series will be there waiting to meet up with fans who have kept this horror legacy alive and ongoing each and every October. And what luck! Just in time for the release of the newest Halloween movie, what better way could a horror fan usher in the spookiest time of year?

Come out and celebrate 40 years (can you believe it’s been that long already?) of Halloween – a cinematic masterpiece that single-handily kicked in the doors for all sequential slasher films to come – at the Pasadena Convention center between October 12-14th! Fans in the area will not want to miss this historical event, or you’ll regret it. You just know you will.

So start saving up and break open that fat little piggy bank. Plan a trip out to the West Coast and say hi to the men who stepped behind the mask and gave life to one of horror’s most cherished icons!

This is something horror fans will be talking about for years to come.

If I can please be candor here, this is just awesome. HorrorHound deserves our thanks for making this happen for the fans. Check out the link below and see the guests already planning to be there. And who knows what further surprises are still yet in store?!